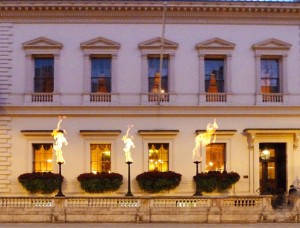 The Society's 100th Annual General Meeting was chaired by its president, Baroness Maddock, at the Travellers Club. The President opened the meeting by welcoming all members. The whole Council was re-elected with the exception of Christian Kåberg who did not seek re-election due to work commitments and was thanked for his valuable contribution. Peter Floyd, too, was thanked for having supported the society as independent reviewer since 2012. Ransford Agyei-Boamah was elected to replace him. H.E The Swedish Ambassador and his wife were in attendance.