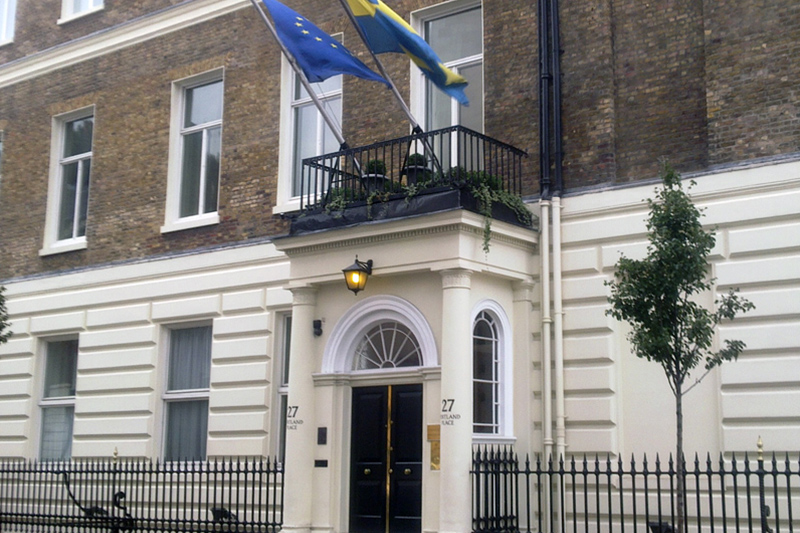 The Society's Patron, H E Staffan Carlsson, the Swedish Ambassador gave a celebration dinner during which the the Society's music scholars performed. In excess of £5000 was raised for the Scholarship Fund. A thank you speech was given by the Society's newly elected Vice-President, Mr Anthony Ardwedson, who also took the opportunity to convey his best wishes to the new Chairman, Alexander Malmaeus. Also in attendance were Baroness Maddock, Sir Alan Beith and other distinguished members.