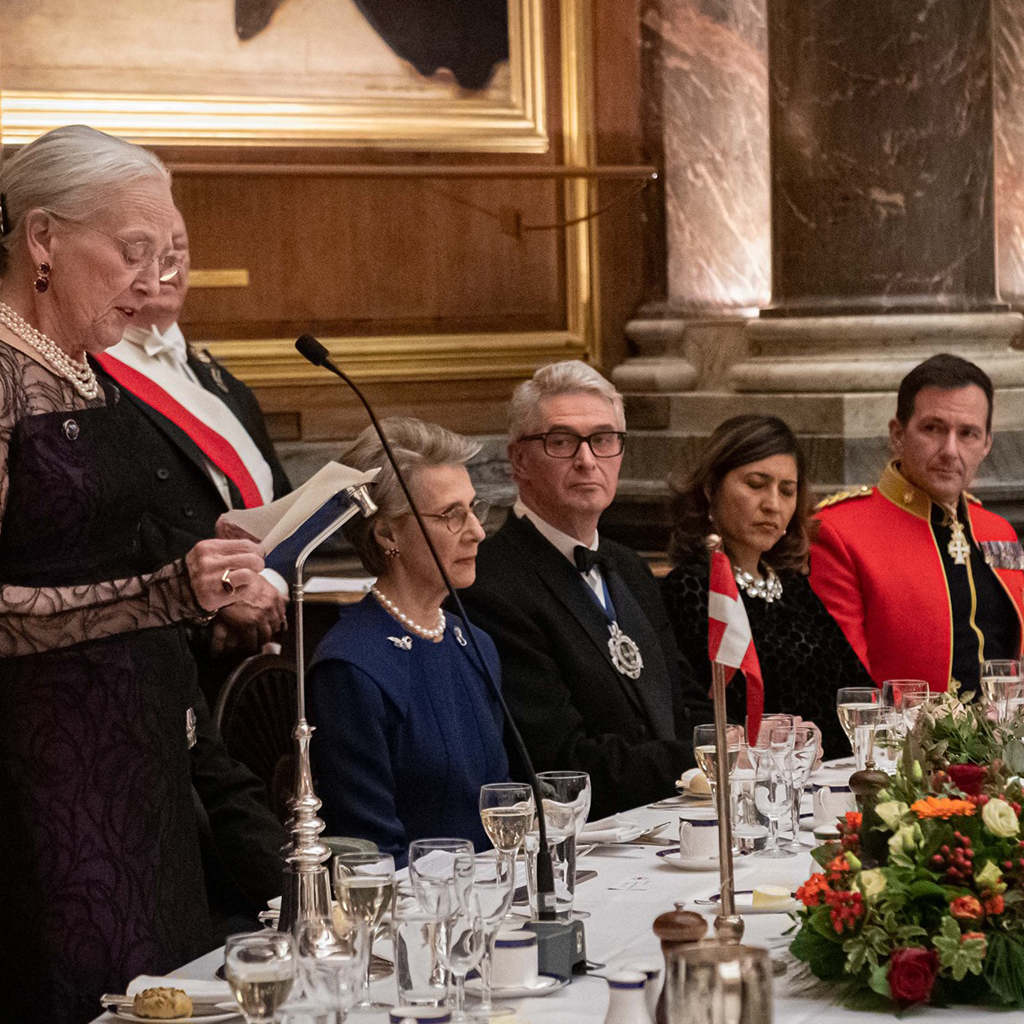 Members of the Anglo-Swedish Society shared the Anglo-Danish Society's celebration of the 60th Anniversary of their scholarships and awards programme. The evening was hosted by chairman Wayne Harber and Marguerite Harber at the Drapers' Hall in the City of London. Her Majesty Queen Margrethe was guest of honour. Also present were HRH The Duchess of Gloucester, HE Lars Thuesen the Danish Ambassador, Sandi and Debbie Toksvig, Master Draper Tim Orchard and his wife Marissa, the Chairman of the Anglo-Swedish Society Alexander Malmaeus and his wife Jacqueline Appel-Malmaeus. SEE PHOTOGRAPHS