Annika Hall at the National Gallery 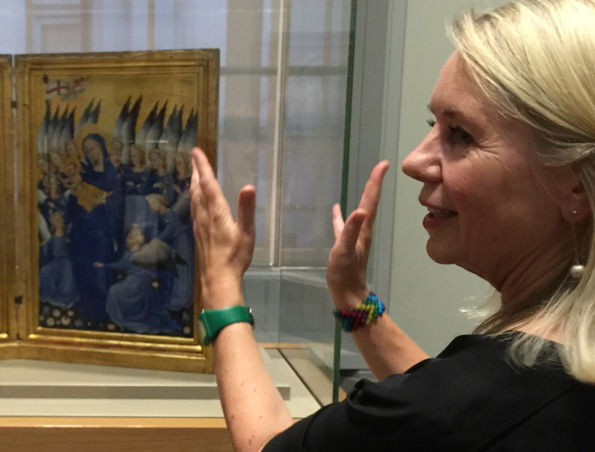 Acclaimed guide Annika Hall shared ten of her favourite works at the National Gallery with members of the Anglo-Swedish Society. A highly personal account was brought alive by a depth of knowledge. The tour began with the Wilton Diptych which was painted for King Richard II's (1377-99) private devotion at Westminster Abbey and wound through five Centuries.