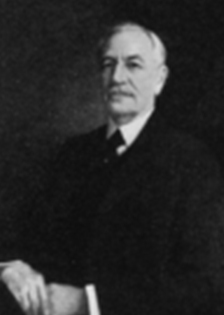 (born 1862, died 1951)
Chairman from around 1929 until around 1940.
Ernst Axel Martin Welin was a Swedish inventor and industrialist. In 1889 he started his own engineering firm, the Welin Davit & Engineering Company Ltd. He soon designed the famed Welin Breech. He invented a new and improved davit for lowering boats on board ship, which became known as the Welin davit. He was awarded the John Scott Medal of The Franklin Institute in 1911.