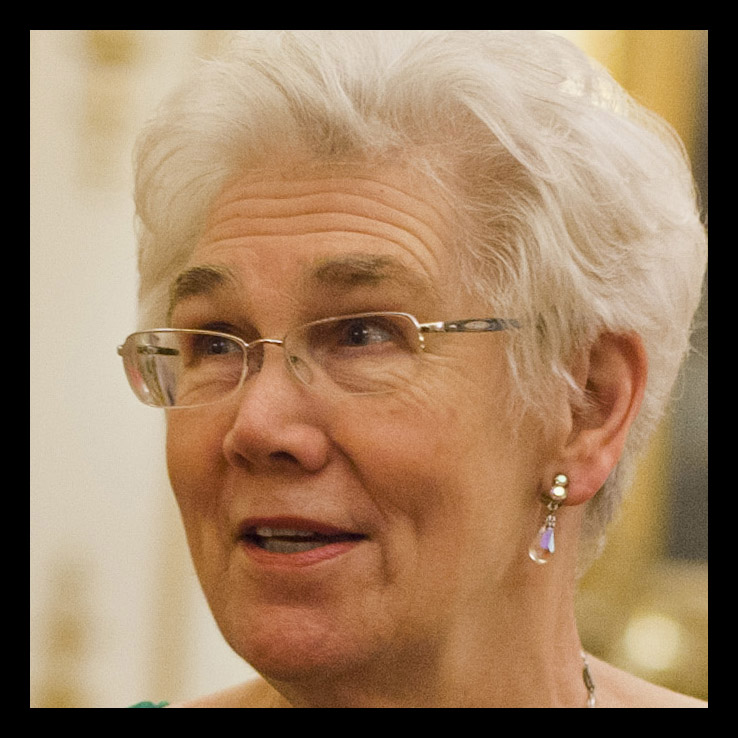 It is with great sadness that we announce the death of Diana Margaret Maddock, Baroness Maddock, Lady Beith. She succeeded Inga-Stina Robson, Baroness Robson of Kiddington, as our President in 1999. Baroness Maddock's tireless and enthusiastic work for the Anglo-Swedish Society will be honoured by the creation of a scholarship in her name. This is something she agreed to in the last weeks of her life. Baroness Maddock spent time in Sweden as a teacher in the 1970s and became interested in the country's housing policy. She joined the British Liberal Party in 1976 and was elected to Southampton City Council in 1984. She served as Member of Parliament for Christchurch from 1993 to 1997 and was created life peer as Baroness Maddock of Christchurch in the County of Dorset on 30 October 1997. From 1998 to 2000, she was President of the Liberal Democrats. She had an active career at the House of Lords. At the time of her death, she was co-chair of the British-Swedish All-Party Parliamentary Group and chair of the Lord Speaker's Advisory Panel on Works of Art. In December 2013, she arranged for a choir from Stockholms Musikgymnasium to perform in a traditional Lucia procession at the River Room at the House of Lords. In the words of one of our members, "What wonderful support she gave to the A-SS throughout her tenure as President, calm, gentle and wise. We have truly lost a good friend." Baroness Maddock is survived by her husband Lord Alan Beith and two daughters from a previous marriage. The photograph was taken by Jannnica Honey on 4th November 2014, at the celebration at Buckingham Palace which marked the 60th Anniversary of HRH The Duke of Edinburgh’s Patronage of the Anglo-Swedish Society. 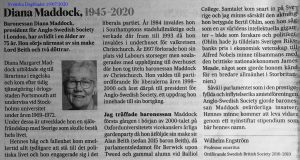