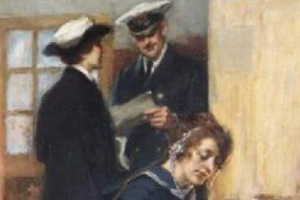 Members of the Anglo-Swedish Society were again invited to join the Cryptos Society at the Reform Club for a talk: Following the start of World War One, Britain was able to cut Germany’s undersea telegraph cables passing through the English Channel. Germany was left with just one cable, but even that was under British control. Any message sent through it could be intercepted and read by British naval codebreakers working in Room 40 at the Admiralty in Whitehall. The speaker, Dr Elizabeth Bruton of the Museum of the History of Science, is Byrne-Bussey Marconi Visiting Fellow, the Bodleian Library, University of Oxford.