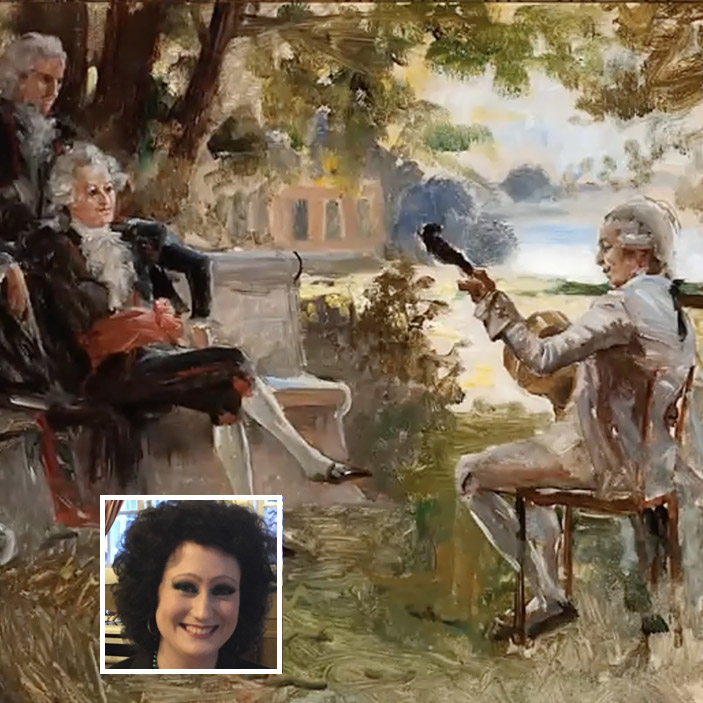 Dr. Jennie Nell, lecturer at Stockholm University and vice-chairman of the Swedish Bellman Society, gave an online talk about Sweden's most famous songwriter, composer, musician, poet and entertainer. Carl Michael Bellman (1740-1795) is often referred to as Sweden's national poet. His debut work was Evangeliska Dödstankar (Evangelical Death Thoughts) which was written in 1757 and was followed by a wealth of mainly but not exclusively satirical poems. Bellman quickly became highly popular. He was musically gifted, but when he performed his songs, he also assumed roles as one would in a theatrical performance. Sadly, Bellman suffered from financial troubles throughout his life became a severe alcoholic, and many then saw him then (and forever) as merely an alcoholic 'pub poet'. This was despite the fact that he had a close relationship with the then Swedish king Gustav III. His reputation is very high in the Nordic countries and Germany, but much less so in Anglo-American circles. We were pleased to be joined by the world-famous musician Martin Best.