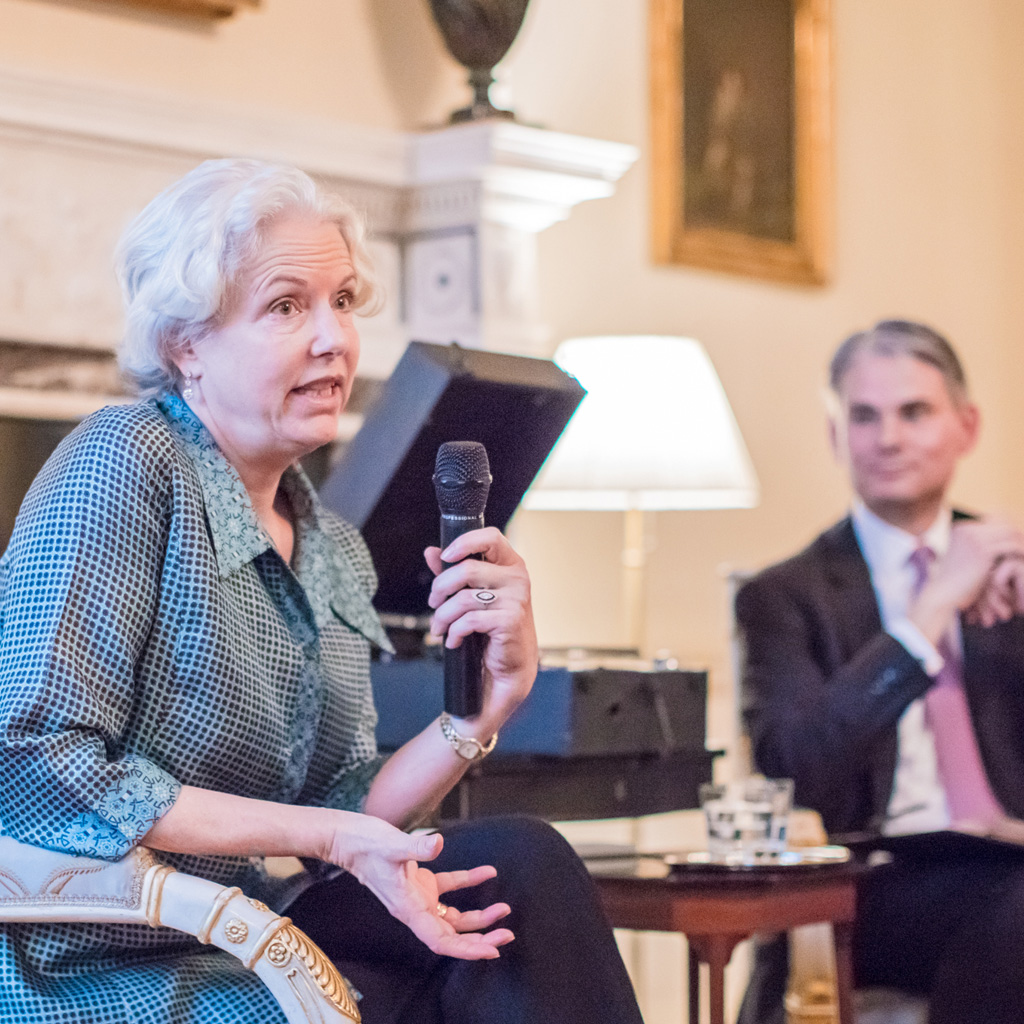 Dr Lisbet Rausing received 2019 CoScan International Award at the Swedish Ambassador's residence. His Excellency, Mr Torbjörn Sohlström, the Swedish Ambassador, welcomed representatives of numerous Anglo-Scandinavian organisations by saying, “I am absolutely delighted to welcome you all here today, to celebrate the extraordinary work of a fellow Swede, Dr Lisbet Rausing. Through her philanthropic trusts, she has worked tirelessly to help to preserve culture and the environment, throughout the world”. Following the Ambassador’s welcome, CoScan Committee member, Alexander Malmaeus conducted an informal interview with Dr Rausing along the lines of BBC Radio’s "Desert Island Discs". Music was performed by Ami-Louise Johnsson (Anglo-Swedish Society music scholar), Alexandria Wreggelsworth and the London Nordic Choir. Dr Rausing spoke movingly about the influences which led to her successful career as an academic and philanthropist. Mark Elliott CMG, President, introduced CoScan. Tony Bray, a CoScan Committee Member, presented the award, explaining "the CoScan International Award celebrates an achievement of outstanding merit by an individual, body or group related to one or more of the five Nordic countries. The award recognises those who have added public lustre to any of the Nordic countries and who have caused the British, and others outside the region, to view those countries with even greater affection and respect." Also in attendance were Mrs Märit Rausing, Professor Peter Baldwin, Dr. Sigrid Rausing, other members of Dr Rausing's family, the Rector of the Swedish Church, leading representatives of the Scandinavian community in the United Kingdom and of the Swedish Embassy in London.