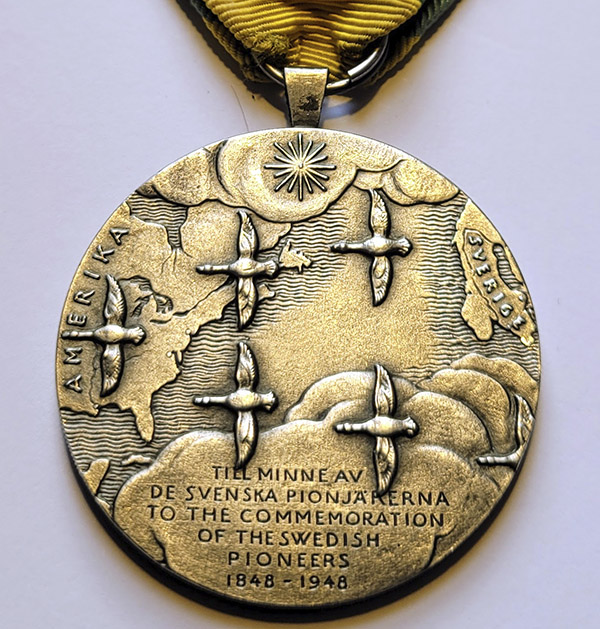 The saga of how leaving the birth country led to a ‘velvet revolution’ back in Sweden.
How did a Swedish emigration crisis spawn the birth of Swedish Social Democracy?
David Goldsmith has a medal (not awarded to him personally), an image of which you can see here, which dates from 1948. It set him wondering, “who were these pioneers?” In digging around into the story of the loss of around a third of the population of Sweden between 1850 and 1900, it became clear that there was a massive impact on those left behind, which culminated in a non-violent, ‘velvet revolution’ in Swedish society at the beginning of the 20th century. David will describe the emigration – its  causes and consequences, and then Eric Orlowski will explain the down-stream impacts on Sweden in the first part of the 20th Century, with a special focus on the first of the great Swedish “Mount Rushmore (Rushmoreberg)” Statsministers, Karl Hjalmar Branting, and the first glimpse of a Brave New World of Social Democracy dawning in Sweden.

The event is free: RSVP@angloswedishsociety.org.uk