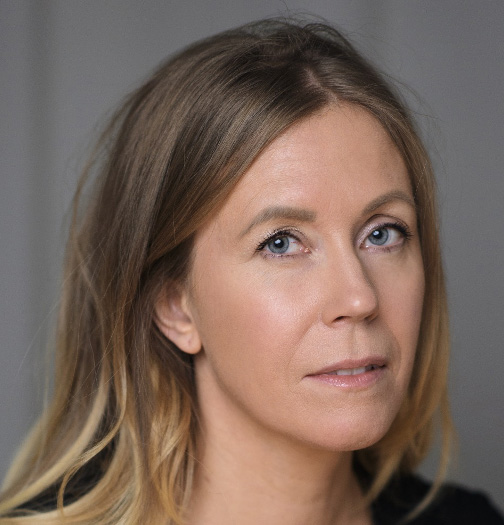 Author Josefin Roos has written for both adults and younger children. She will talk about her latest critically acclaimed book Black Swallow (‘Svartsvala’) that was published late last year, and about her earlier books. In Black Swallow, Lucía recovers consciousness after a stroke. She has no short-term memory and has to re-learn everything from scratch. Her doctor tells her that she is liable to have another stroke any time and that a pregnancy would be particularly dangerous, but she meets someone and has a child by him. Years later she falls in love again, but she is not sure if her new love is someone that she knew previously and with whom she has she already had a relationship. Black Swallow is a novel about love, about oblivion and about living and loving in the shadow of death.

Josefin grew up in Lund where her father was a professor, an internationally known theoretical chemist and a member of the Nobel Chemistry Panel. She found Lund too constricting and as soon as she graduated, she went to live in Spain, earning her living as a nightclub dancer while she wrote her first novel Heliotrope. She also spent time in England before returning to Sweden to study at Stockholm University. Roos is a trained archivist, she is a lecturer at the Library Service and has also studied publishing, but the only thing she ever really wanted to do was to write. Josefin lives in Tyresö, near Stockholm, with the English artist Miguel Escribano and their children. Miguel has illustrated her children’s books.

The event is FRE: RSVP

Her second novel for adults, Pondering at Dusk (‘Kura Skymning’), is a mystical and haunting story about Angelica who is eight years old but died 28 years ago. There then followed two books for children Journey to the Milky Way (‘Resan till Vintergatan’). Amanda looks up at the sky and asks the swan to take her on a journey to the Milky Way that becomes a poetic reflection of the universe.

There followed, Is the Earth Great or Small (‘Är Jorden stor eller liten?’) in 2014, and in 2016 If I am not Noticed (‘Om jag inte märks’), that addresses the gender identity stresses of a teenage schoolgirl.

The event is FREE: RSVP@angloswedishsociety.org.uk