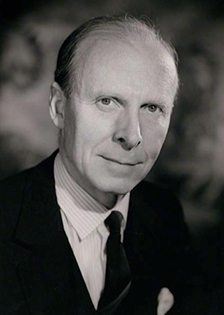 (born 1911, died 1996)
President around 1983.
Sir Archibald Ross served always in the Foreign Office or in regular embassies abroad in Europe or the Middle East. He served successively at Stockholm, Tehran and Rome, with intervening periods in London in increasingly senior capacities until his appointment as ambassador to Lisbon at the age of 50. After five years there he was happy to spend his final five years as ambassador at Stockholm.
HM Minister Rome 1953-56 CMG 1953 KCMG 1961 Assistant Under-Secretary of State for Foreign Affairs 1956-60 Ambassador to Portugal 1961-66 Ambassador to Sweden 1966-71