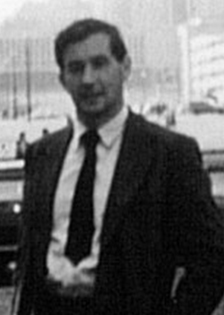 (born 1920, died 2006)
President from 1988 until 1994. After school he joined the Naval Reserves, following a boyhood enthusiasm for sailing, and at the outbreak of the Second World War enlisted in the Navy. His war years were spent on the anti-submarine corvette Snapdragon. He left the Navy in 1946, and studied PPE at the London School of Economics. Persuaded to sit the Civil Service Entry examination in 1947, he passed among the highest three entrants that year, a distinction that drew him to the attention of the Foreign Office. His work with the Foreign Office took him to Madrid, Ankara, Brussels, Greece, Brazil, South Korea, Romania and Sweden. Member of the British delegation to a United Nations conference on economic and social affairs. In 1977 Petersen was appointed ambassador to Sweden. Retired from diplomacy in 1980. CMG 1968 KCMG 1978 Minister (Commercial), Rio de Janeiro 1968-71 Ambassador to Republic of Korea 1971-74 Ambassador to Romania 1975-77 Ambassador to Sweden 1977-80