The Kingdom of Sweden at the Lord Mayor’s Show 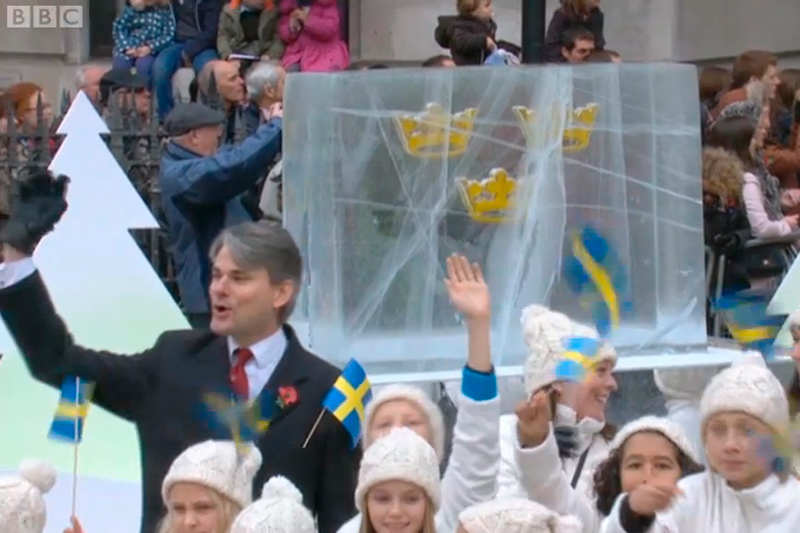 The Kingdom of Sweden was represented with a float in the year's Lord Mayor's Show, watched by 500,000 people in the City of London and 1.5 million on the BBC. The float was a collaboration between the Anglo-Swedish Society, the Embassy of Sweden, The Swedish Trade Council, VisitSweden, the Swedish School, the Swedish Church and the Swedish Chamber of Commerce. The centre-piece was a one tonne block of Arctic ice with 3 gold crowns inside, prepared by the Ice Hotel. It was followed by 28 children from the Swedish School in London, carrying a representation of the Northern Lights.