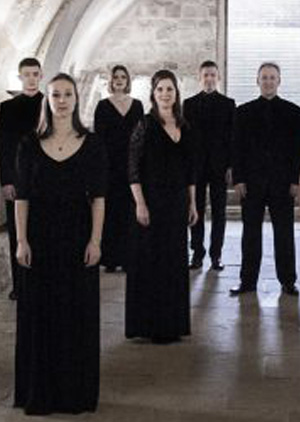 This London-based professional vocal ensemble took part in the 2020 Stockholm Early Music Festival at Berwaldshallen. The Society sponsored their broadcast fees. They were also received support for a tour of Copenhagen, Kalmar and Helsingborg in 2022. Described as “phenomenal” (The Times) and “devastatingly beautiful” (Gramophone Magazine), award-winning choir Tenebrae is one of the world’s leading vocal ensembles. The choir was founded in 2001 by director Nigel Short, a former member of the world-renowned King’s Singers, and has since enjoyed collaborations with a diverse range of orchestras and instrumentalists including London Symphony Orchestra, the Academy of Ancient Music, Aurora Orchestra and Britten Sinfonia. Tenebrae performs regularly across the UK, Europe and the US, and is renowned for its highly-acclaimed interpretations of choral music from the hauntingly passionate works of the Renaissance through to contemporary choral masterpieces. Alongside its busy performance schedule, the choir runs a growing outreach programme for school children and amateur singers of all abilities. Tenebrae has a particular link with Sweden (and the Anglo-Swedish Society) through their late Chairman, Sir Roger Gifford, who sadly passed away last year. In 2018 the choir made its debut in Sweden with two concerts at Kalmar Cathedral and Lund Choral Festival, the first of which was also broadcast on Sveriges Radio. The performances received a warm reception from the Swedish public, and the choir was in the process of developing our audience there when Covid-19 hit in March 2020. A performance at the Stockholm Early Music Festival – supported by the Anglo-Swedish Society – was postponed from 2020 to 2022, and a number of other conversations were put on hold. We are pleased to confirm that the re-scheduled concert in Stockholm will now go ahead on 3 June 2022. Tenebrae will return to Kalmar’s stunning 17th-century Cathedral on 19th March, and also make its debut in St Mary’s Church, Helsingborg on 20th March. The Anglo-Swedish Society has been pleased to support this tour. www.tenebrae-choir.com