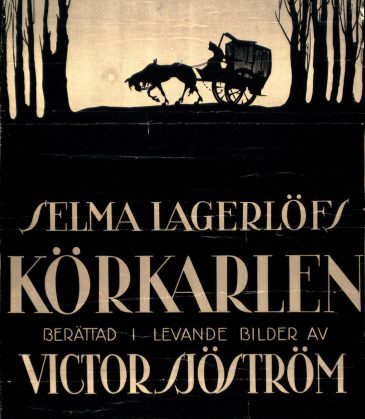 We were delighted to see so many members and friends join us for a virtual talk by Dr Claire Thomson (UCL) on the classic Swedish film The Phantom Carriage (Körkarlen) on 1 December. This talk marks the centenary of the première of the film on 1 January 1921. Adapted from the 1912 novella by Selma Lagerlöf, The Phantom Carriage is considered to be one of the most important works of the silent cinema and of its director Victor Sjöström. Sjöström is often referred to as the father of Swedish cinema and was a great influence on Ingmar Bergman who cast him in what is now his best known role, as Professor Isak Borg in Wild Strawberries (Smultronstället, 1957). Selma Lagerlöf’s novella The Phantom Carriage is available in English from Norvik Press, translated by Peter Graves.