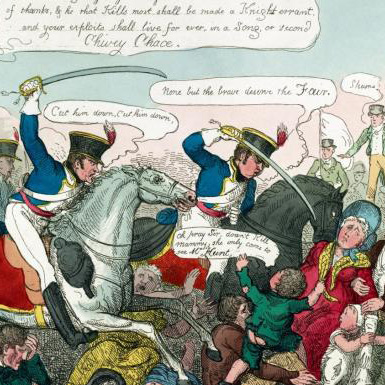 As a follow-up to our very popular "Two Kings" talk held in September 2018, the Anglo-Swedish Society organised another event in the elegant hospitable surroundings of the Royal Automobile Club on Pall Mall. A canapé reception followed by two short talks on "Peterloo 1819 - power to the people or pitiful parade?" and "Ådalen 1931– future foundation or forgotten flop?". Did these events have any resonance in their respective countries at the time, or later on? Is their relative lack of attention today a sign of some unease about whether the authorities acted honestly and proportionately? David Goldsmith and Eric Orlowski presented the evidence the audience passed judgement.