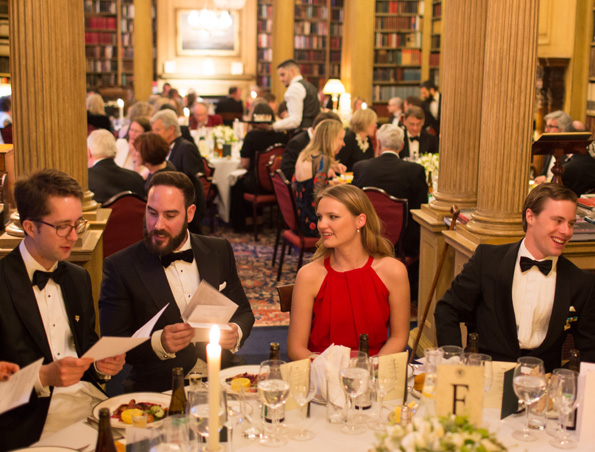 The 2016 Valborg Dinner kicked off in a jubilent mood immediately after the successful AGM. Grace was said by Robert Freeman, the Mayor of Kensington and Chelsea. The Chairman welcomed the guests and read a letter of thanks from the Society's Patron, HM King Carl XVI Gustaf of Sweden. Performances were given by 2009-10 scholar, Mae Heydorn (soprano) and 2012-13 scholar Joel Andersson (violin) accompanied by Sholto Kynoch (piano). Guests sang traditional Swedish spring songs and the Preacher of the Charterhouse, Rev. Robin Isherwood, gave a thank you speech to the Society. SEE FACEBOOK