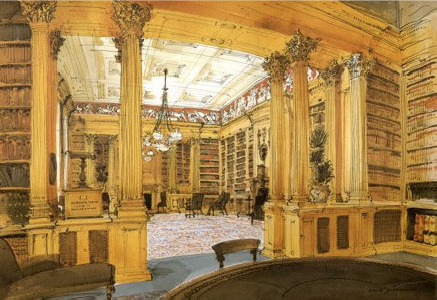 Members and guests were invited to take part in a traditional Swedish Valborg dinner. There was a short Speech to the Woman, Speech to the Man and a musical interlude by the Society's scholars.   The Dinner was held at the library of the Traveler's Club, which is one of the most beautiful and architecturally important rooms in London. The Club was designed by Sir Charles Barry, who was later to become architect of the Houses of Parliament