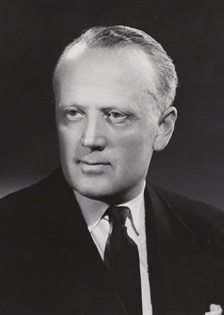 (born 1893, died 1965)
Chairman from around 1940 until about 1960.
British aeronautical engineer, pilot and record-breaking air pioneer. Colonel in the Royal Flying Corps in World War I. In 1956 the Swedish government awarded him the Order of the Polar Star.